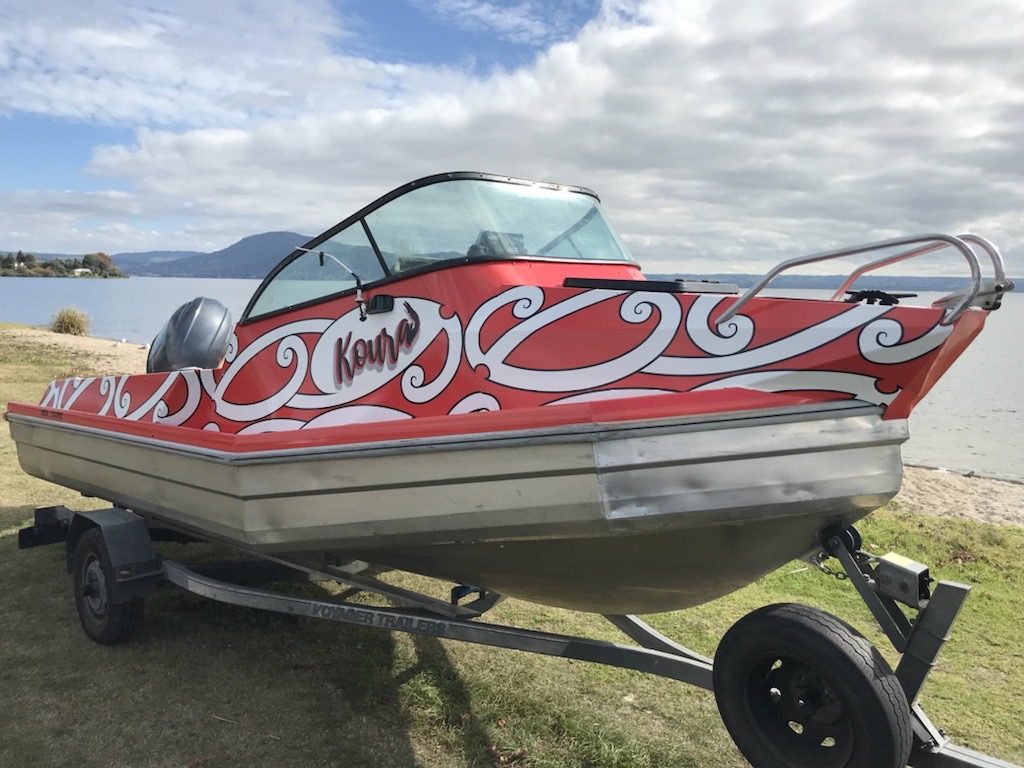 Biosecurity manager for Te Arawa Lakes Trust William Anaru says, “We want our waka to be more than just a boat, we want it to be a vessel carrying a key message and in this instance a talking point to our taonga species.

Blessed with the name Kōura, coloured in kōkōwai red and covered in mangopare kōwhaiwhai this will be the first in a series of Te Arawa Lakes Trust commercial waka to be named after a freshwater taonga.

“Operationally our waka will be used to carry out monitoring and biosecurity work for the team, but we also hope our waka stands out to lead positive, thought provoking conversations around traditional kai, pūrākau and climate change solutions.

“The design of our waka is simple but it holds traditional Te Arawa patterns which we hope pushes our narrative that extra step futher in encouraging connection and generational responsibility for the protection of these taonga.